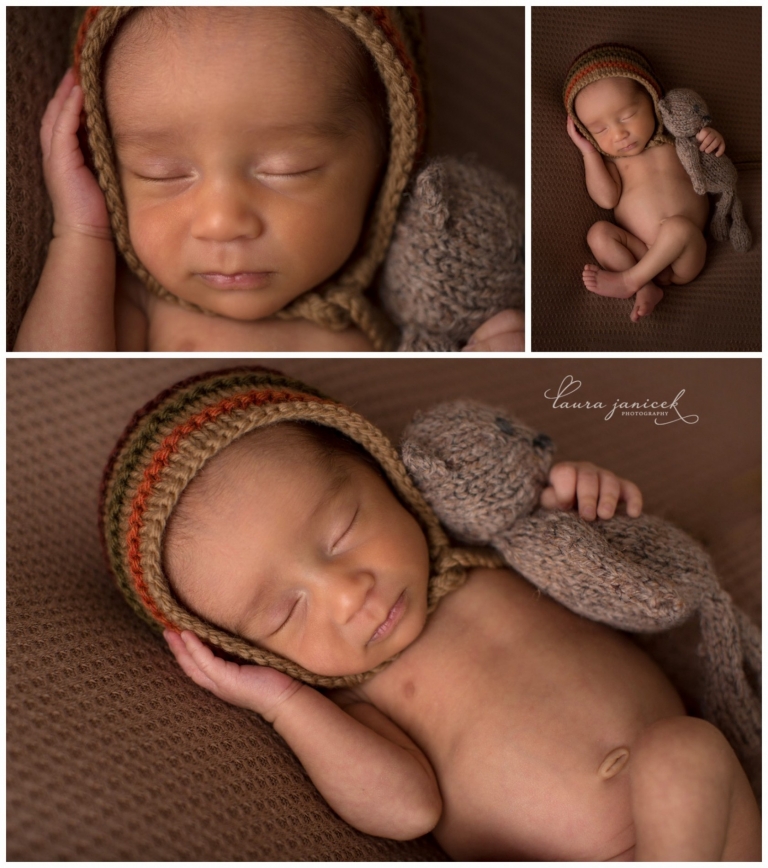 My little bear prop was almost as big as this sweet little preemie… 🙂  He was a doll.  I’m so honored that this little guy’s newborn photo session was his only outing (aside from doctor visits) in his first weeks after being released from the NICU.  I photographed him by himself at about 3 weeks and then with the rest of his family at about 5 weeks.  Those pictures- including some of his super adorable, doting big sister- coming soon!